By Ubaldo Daverro, International Columnist for The Progressive Column

Former president Donald Trump put the demonization of China on steroids. Fear is the currency, while the goal is and always has been to mask imperial dominance and the accompanying accumulation of wealth.

The ‘bogeyman theory of history’ is the belief that imperial powers fabricate or grossly exaggerate external threats to justify increasing military budgets and fighting foreign wars.  The end result of these policies is that an extremely small group of people accumulate enormous fortunes.  Fear is the currency, while the goal is and always has been to mask imperial dominance and the accompanying accumulation of wealth.

“Fear is the currency, while the goal is and always has been to mask imperial dominance and the accompanying accumulation of wealth.”

While the American population is kept preoccupied with ‘international threats,’ they are less likely to demand action to fix domestic problems.  After all, taking money from the military budget makes America less safe.  The government is then free to ignore drastically increasing inequality, rising unemployment, calls for single-payer healthcare, and the opioid and affordable housing crises.  Meanwhile, corporations are awarded trillions in government contracts further enriching the 1 percent.  Even during the COVID 19 pandemic, wealth continues to be transferred upward.

During the Cold War (1947-1989) the ‘bogeyman’ was ‘evil’ communism embodied in the Soviet Union and its East European allies.  One of the most well-known examples of this sentiment was former President Ronald Reagan’s public declaration that the Soviet Union was an “Evil Empire”. The exaggerated threat of communism was fought in every corner of the world for 45 years.  Along with the massive accumulation of wealth, the long-term consequences of this exaggeration was the creation and maintenance of over 900 military bases around the world, the expansion of America’s strategic nuclear arsenal and the 1983 Strategic Defense Initiative (SDI) better known as “Star Wars” which threatened to develop lasers in space to shoot down enemy nuclear missiles.

“After all, taking money from the military budget makes America less safe.  The government is then free to ignore drastically increasing inequality, rising unemployment, calls for single-payer healthcare, and the opioid and affordable housing crises.”

After the collapse of the Soviet Union in 1991, international drug traffickers in Colombia and Panama became the next ‘bogeyman.’ This was known as the new “War on Drugs.”  This ‘war’ culminated in the 1989 American invasion of Panama and the arrest of Panamanian ‘dictator’ Manuel Noriega.

The terrorist attack on 1 September 2001 was used as a pretext for the justification of the ‘War on Terror.’ The ‘War on Terror’ became the new ‘bogeyman’ and the invasion of Afghanistan quickly followed.  The three most ‘threatening’ countries—Iran, Iraq and North Korea, were identified by the Bush administration as the ‘Axis of Evil’.  By the time Barack Obama left office after 8 years, America was involved in 7 foreign wars with escalating military budgets.

Russia was again labelled ‘the greatest threat to America’ as soon as Vladimir Putin emerged as the new leader of Russia.  Putin made it clear that he intended to return Russia to its customary Great Power status, and turn away from American influence.  Russia under Putin gradually emerged from its ‘dark years’ under former leaders Mikhail Gorbachev and Boris Yeltsin whose policies resulted in the wholesale theft of its economy (called privatization), drastically falling life expectancy and exploding inequality.  America’s mainstream press continues to push ‘Russiagate’, Russia’s supposed interference in America’s 2016 election.

Today China has surpassed Russia as America’s ‘greatest threat’.  This was clear in former president Barack Obama’s “pivot to Asia”. This foreign policy ‘pivot’ meant repositioning the bulk of America’s military capabilities toward the Asia Pacific region to check the economic and military rise of China.

Former president Donald Trump put the demonization of China on steroids.  First, he instigated a trade war that hurt the American economy more than the Chinese one.  Trade wars are nothing but class wars- damaging the lower classes while enriching the upper.  Second, Trump astronomically increased military spending in each year of his presidency. His veto of the National Defence Authorization Act with a 740 Billion dollar price tag was overridden by his own party actively supported by the Democrats in an 83-13 vote in the Senate!  Trump’s reaction to Chinese social media giant TikTok is still another example of inflating China’s threat to America.  Apparently, 30 second dog and cat videos are an existential threat to American national security.  His most public act of demonization was continuing to refer to the Coronavirus as the “China Virus” wrongly placing the blame for the global pandemic squarely on Chinese shoulders.

Demonizing China even found its way into the official planning of the American led North Atlantic Treaty Organization (NATO).  In fact, NATO is not satisfied with responding to only one exaggerated ‘threat’.  In its NATO 2030 report both China and Russia are identified as threats to America’s security and global domination.  After all, two exaggerated threats are better than one.

In the midst of this demonization, China continues to move forward with its globally oriented ‘Belt and Road Initiative.’ At a cost of billions  of dollars, the goal of this initiative is to increase international trade and get Chinese goods into foreign markets by assisting over 70 countries in Africa, Asia, Europe and the Middle East in building transport infrastructure–roads, railways, ports, airports …  In the process, China’s domestic growth and international influence continue to expand. This independent (of the United States) path of development is at the core of America’s demonization of China. 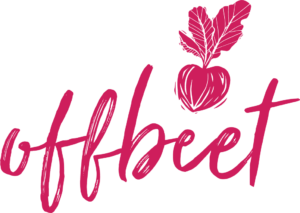